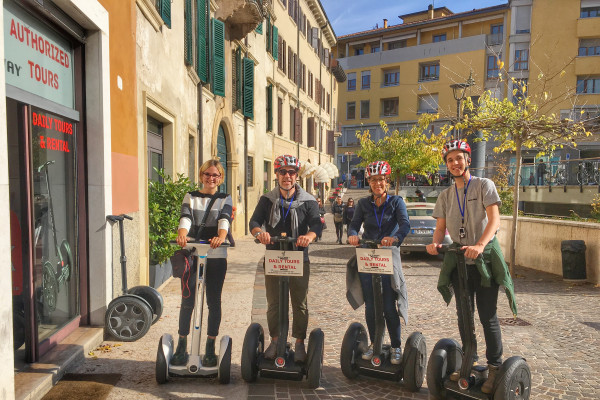 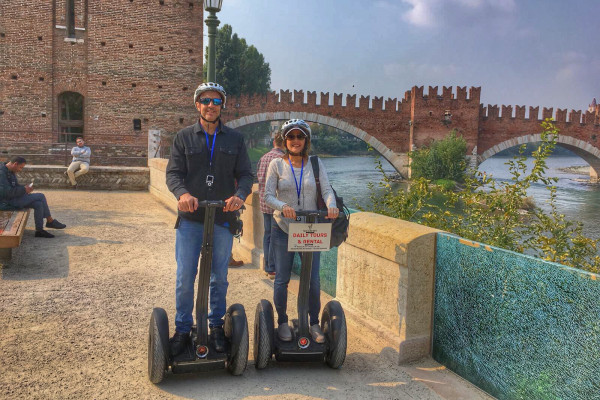 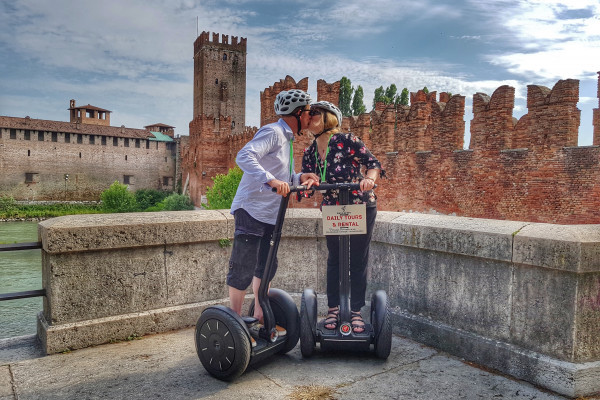 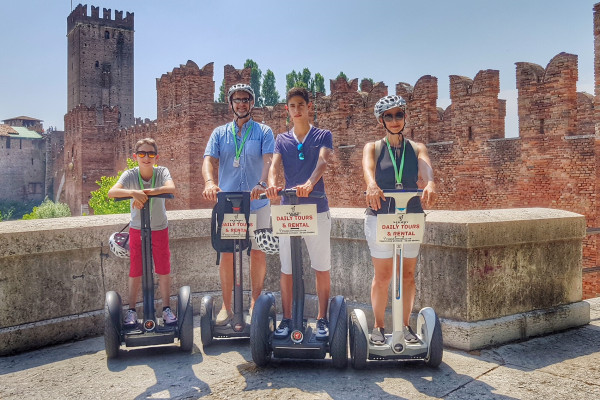 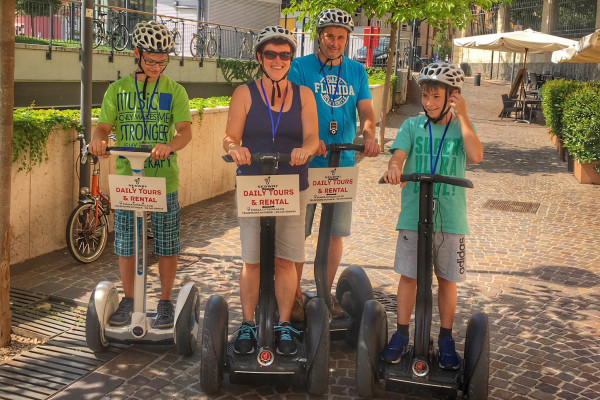 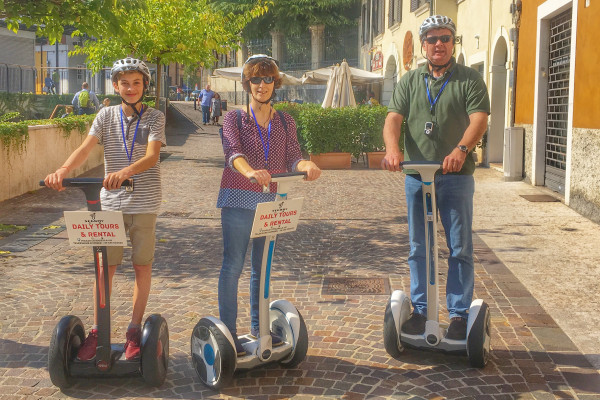 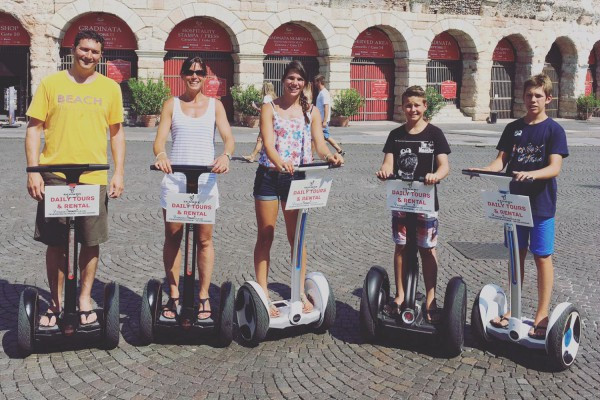 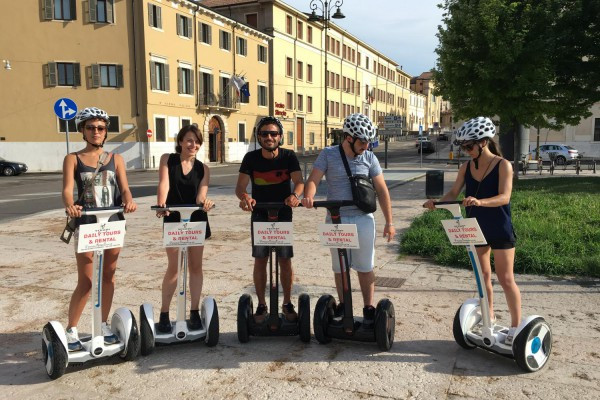 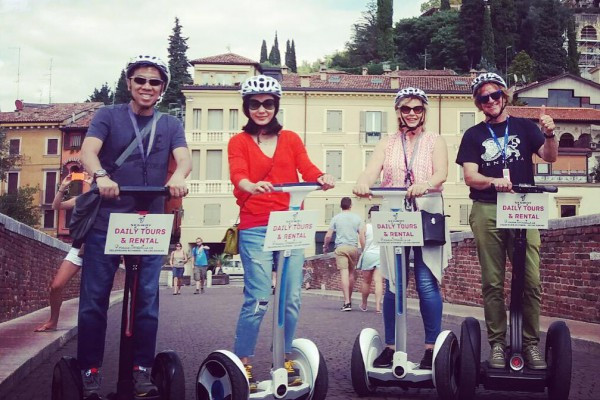 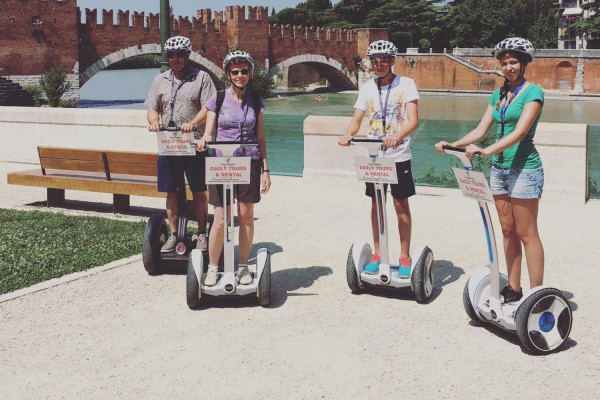 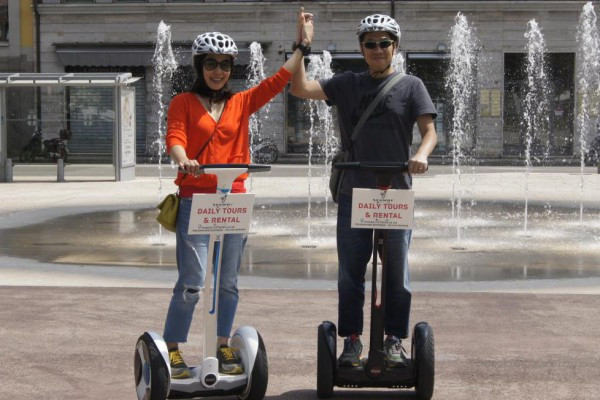 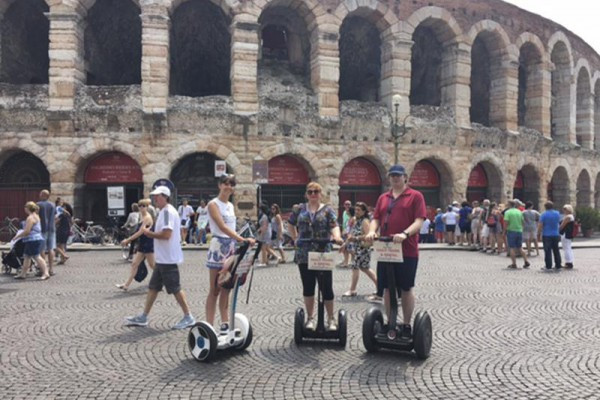 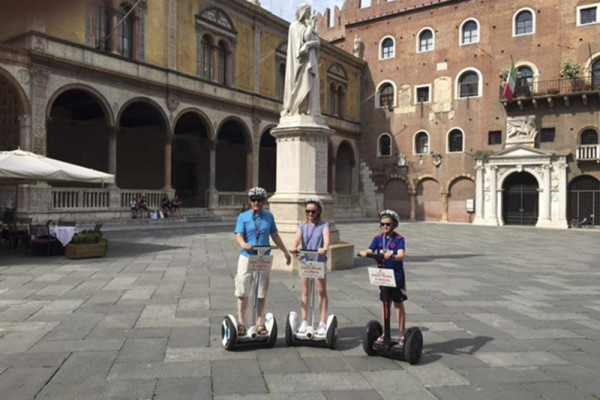 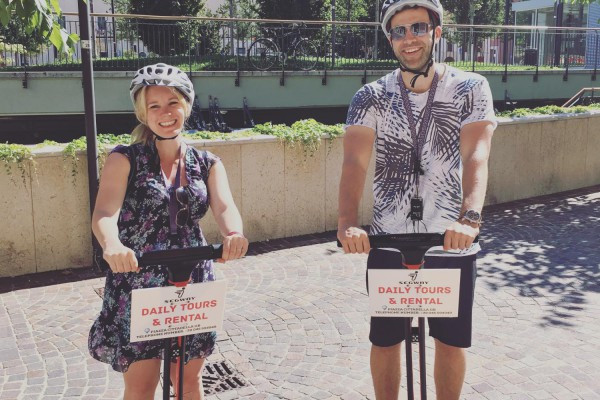 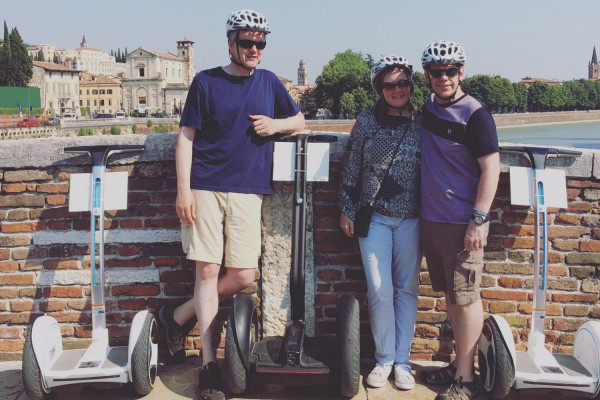 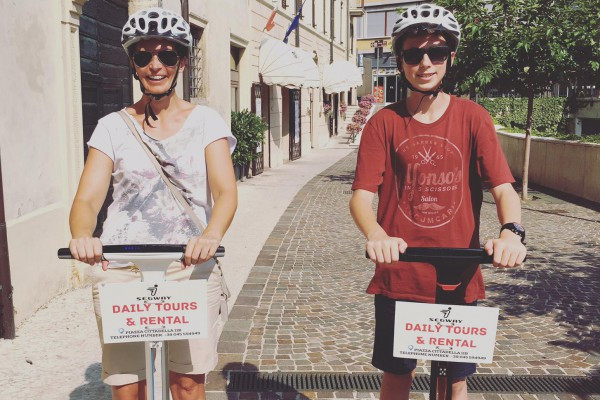 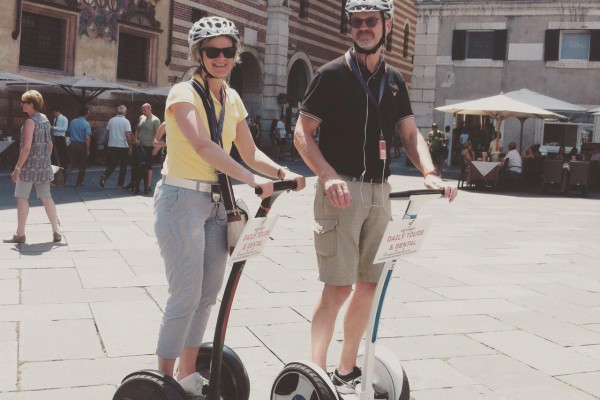 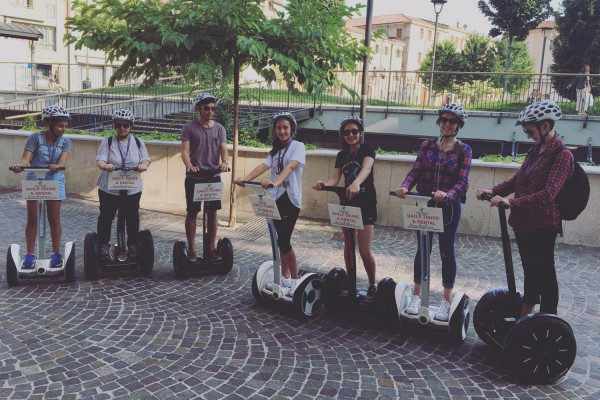 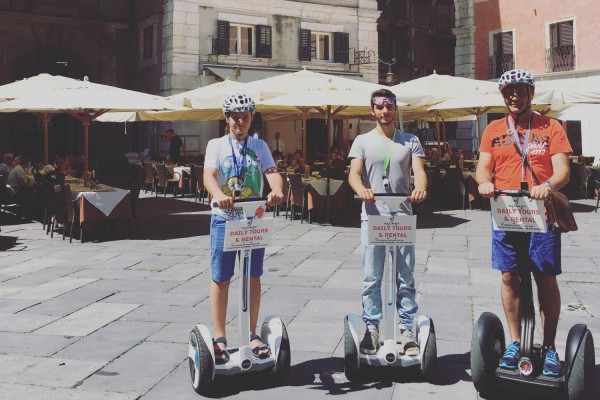 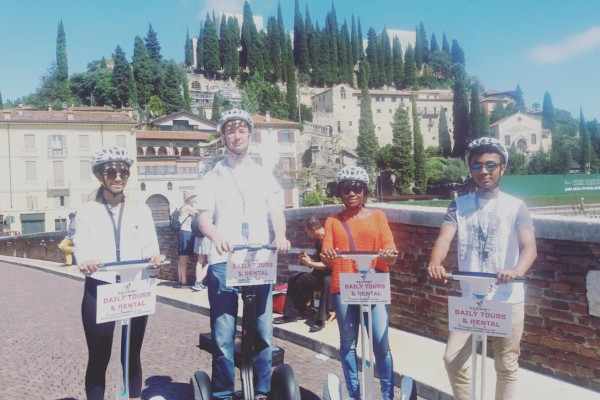 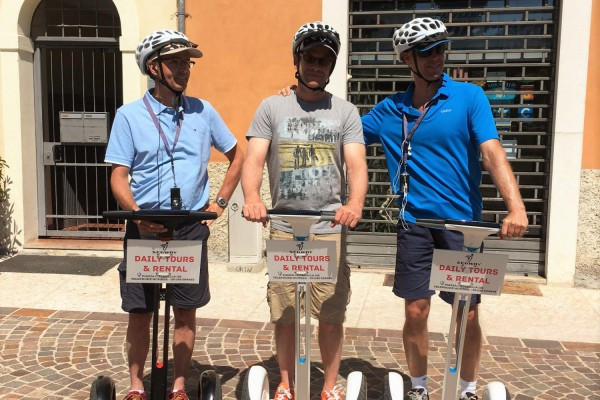 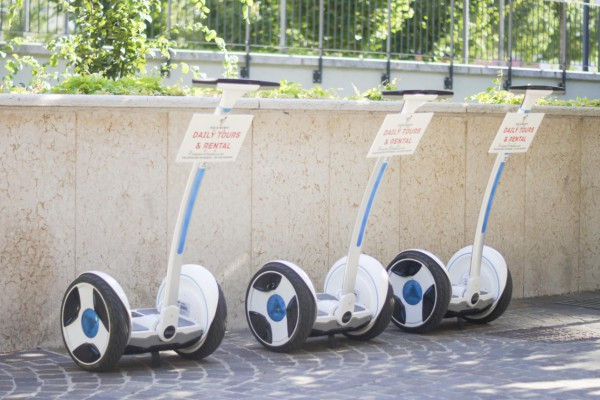 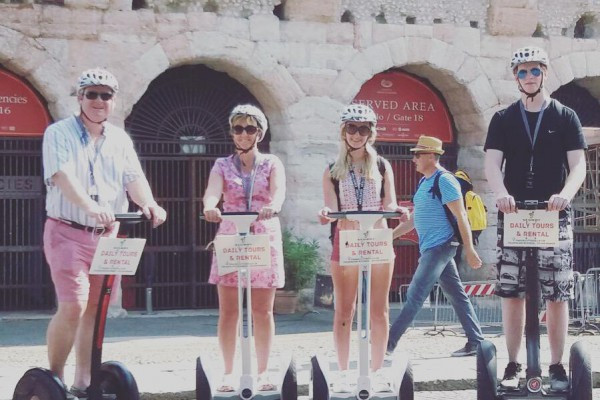 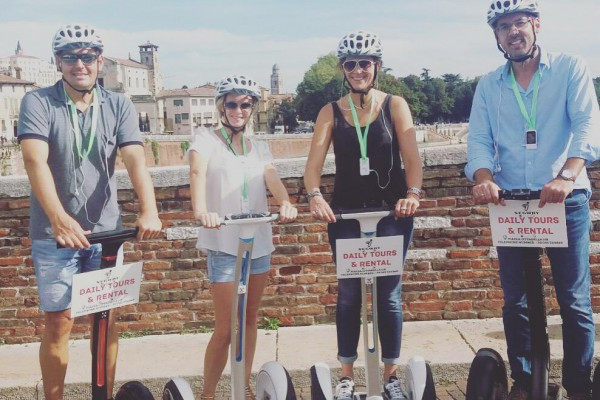 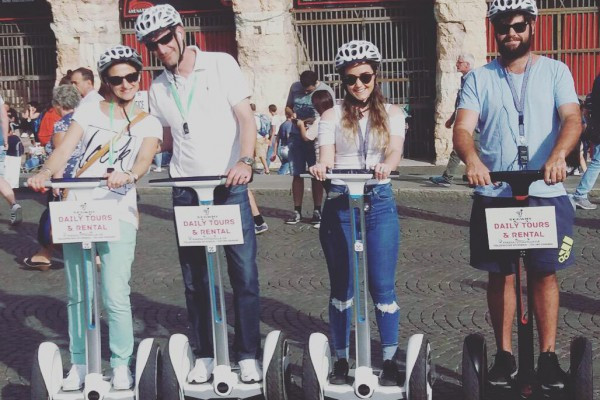 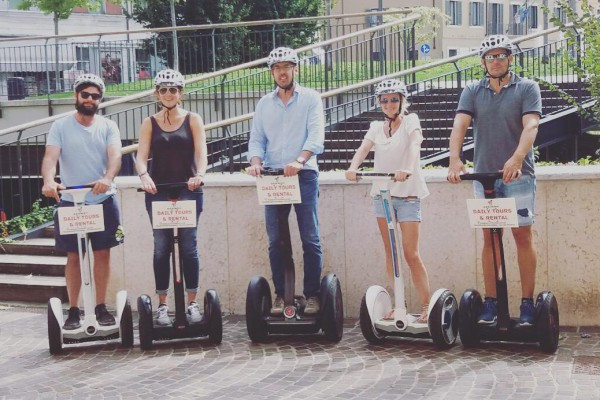 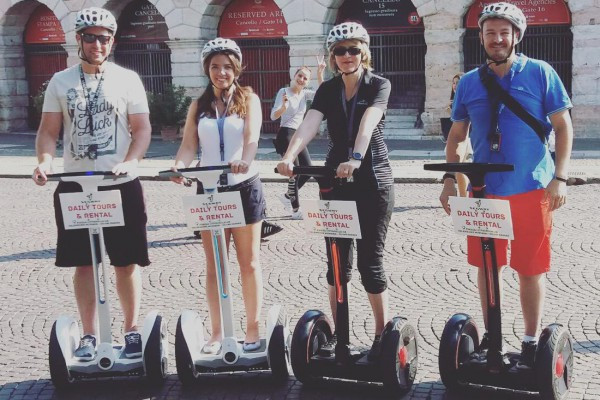 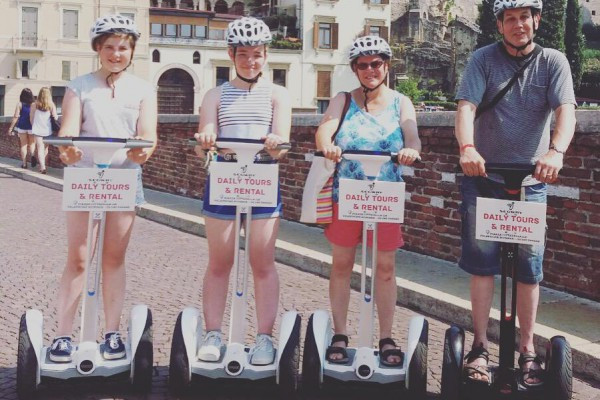 Drive through Verona on Segway and discover the most beautiful sights it has to offer. On this tour you will follow the magnificent Old City where many popular tourist attractions are located. The Segway tour is in small groups of max 5 people and it takes about 2 hours.

The city tour starts with a short training. You will learn how easy it is to use your Segway by simply leaning forward or backward. We provide a free rental helmet for your safety.

These are one of the main highlights on this Segway tour in Verona:

1) The Arena of Verona - it is the largest Roman amphitheatre in northern Italy, with a capacity of 25,000 people. It was constructed early in the 1st century AD, and has been the site of gladiatorial combat, public executions and, more recently, concerts and opera performances. It also hosts the city's famous opera festival every summer.

2) Castelvecchio - This 14th-century castle belonged to Verona's medieval rulers, the della Scala family, and was only converted from a military fortress in 1925. It still houses weapons and jewellery, but its most interesting treasures are works by Pisanello, Veronese and Tintoretto alongside a selection of medieval frescoes and sculptures.

3) House of Juliet- According to the legend this small building made of terracotta (13th century) was the house of Giulietta dei Capuleti (Juliet). During the della Scala family time period the house was inhabited by the Dal Cappello family of which the symbol is still visible in the entrance gate. In the 20th century the house was restored including the red marble balcony and the gothic windows while the interior was arranged with medieval finishing.

We drive through pedestrian areas and sidewalks.Your tour guide will lead you through the city and tell you many stories about Verona. There is also a possibility to use an audio guide. At every stop you have plenty of time to take pictures.Enjoy your choice of a morning, afternoon or evening tour from Monday to Saturday.